Breaking the fast (iftar) as activism*

The Platform for Labor and Justice is a platform that emerged last January following a series of debates and talks. Formed with a purpose and set of principles, it has developed to the current day in a non-hierarchical manner and is determined to keep its structure this way. Its aim in short is to “contribute to the struggle against every form of injustice and oppression without disregarding the fact that the exploitation of labor by capital is a basic form of injustice”.

The platform came about as an arena for the coming together of a handful of individuals from various view-points but all sharing the conviction of the artificiality of the currently established political identities in the country. Since January the platform members have supported the workers of the Casper computer company who were fired for unionizing, and organized a symposium in March entitled “The Struggle for Labor and Justice”.

Coming to the story of the iftars: In our last meeting before Ramadan, one of our friends in the group suggested that we put forward our reaction against the extravagant iftars carried out in hotels in spite of the blatant poverty in and outside of the country. We discussed this with friends from the Özgür Açılım Platform, with whom we had been in contact for a while. Upon positive reactions, we started to organize. We were going to set up iftars in front of five-star hotels every Saturday througout the month of Ramadan, sharing and showing the true spirit of Ramadan. We looked around and found a few suitable places. We thought that the food we provided should be simple ; soup, rice, tomatoes basic things that everyone could access. Our door would be open to anyone who would like to join us. At the first iftar we faced with a greater participation and more positive response than we had anticipated. Paper-collectors, children living on the streets, refugees from Africa, students, government employees, workers, more than 200 people attended. With the attendance of some well-known people from intellectual environment and with the interest of the media, the iftars took on a different turn.

This widespread interest led us to think that the second iftar would be with more participants. We determined the area as the Taksim Gezi Park which was located conveniently in front of three five-star hotels. While expecting less support this time, we were faced instead with an attendance reaching a thousand and the heightened interest of the media. We naturally didn’t have a chance to determine or pick those attending the iftar. The first iftar had been presented in certain television channels as merely a reaction against wastefulness. So at the second iftar, in order to show that we were not just against squander and consumption but against injustices commited in the field of production, we emphasized on the squander and extravagance carried out by a minority while the exploitation of workers and other disadvantaged groups went on. We did not specifically invite anyone except a few intellectuals we were following our activities as a platform, and friends from certain disadvantaged groups.

We had announced that our iftars were open to all and the uniqueness of what we were doing came from this openness, in contrast to the exclusivity of those at feasting at hotels. Various people from

known and lesser known groups accepted this open invitation. The attempt of certain media groups to turn every issue into a rating material caused our message to be obscured.  Due to criticisms over the names and pasts of a few well-known attendees, we were faced with ill-intentioned and somewhat bizarre accusations. We did not find strange the accusations coming from people who were distant to our concerns about social justice but we were suprised and dissapointed by those coming from people supposedly close to us. Despite the risks it carried we still expected our concern for “openness” to be understood.

In the end, we decided to end this process with a third iftar. We carried out the third iftar in a more experienced manner where we managed to convey our message across clearly. We emphasized that our aim was to share a meal of solidarity in spite of those who carved up the world’s riches for themselves. Even if this time the media wasn’t as interested, we carried out a more productive and well-coordinated organization.We think we have successfully realised our aim to convey our message and concerns. We thank those who attended the three-week iftars, as well as those who did not attend but gave their heartfelt support. While not seeing ourselves as the sole owners of this success, we realize that we have carried out an important event. These iftars from the very beginning ceased being ‘our’ iftars, they became something which every attendee and supporter added their own colors. We plan to carry out similar activities working towards both action and thought. As we don’t ask the oppressed their religion or ethnicity, we will look at not the creed but the actions of those who claim to demand an end to injustices. We strongly appreciate any participation, support, suggestions and criticisms from people who care for the same causes. Our Platform is open to anyone who accepts and acts towards the realization of our stated principles.

Another success of the iftars was that people’s attempt to transcend the existing and engrained political identities in Turkey was noticed. As a platform we have never used and never will use such eclectic and artificial terms such as “muslim left” or “socialist islam”. The Platform for Labor and Justice will never be a merely left, only right, only secular or only Muslim platform. We will try to show who we are with our deeds and our statements, as we go along the road. Because we want to not defend a ready-made packet but pave the way for an inclusive discourse for social justice that has until now not been able to emerge in Turkey. We will no doubt make mistakes, but we believe that the formation of a social justice discourse which does not exclude different social identities but which is inclusive and can ultimately transcend these identities with the working towards shared objectives is a necessity. We were a humble group and we will continue on our way after the media interest over the iftars has ceded.

*This is the English and long version of the article “Otel Önü İftarlarına dair…” published in Radikal 2. 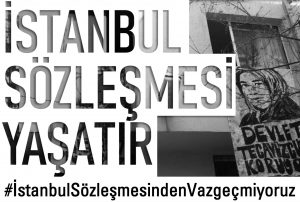